The Boeing Business Jet is a member of the venerated 737 family. The 737s collectively have over 60 million hours of flight time and are still in high demand in the commercial aviation market. The BBJ sold more than one hundred planes in just four years of production, and orders continue to come in. No other private jet offers as much cabin space or reliability. After all, the BBJ is a descendant of commercial aircraft, designed to last decades. The Boeing Business Jet’s full name is the BBJ 737-700 IGW. IGW stands for “Increased Gross Weight,” much of which is due to its massive cabin and increased fuel capacity. The cabin has more square footage than some offices – 807 square feet – and measurements well beyond any other private jet: 79.2 feet long, 7.1 feet high and 11.6 feet wide.   The total cabin volume is 5,390 cubic feet. The 5,390 cubic feet of cabin can be configured almost any way desired. Most configurations divide the cabin into four compartments (in addition to a crew rest area). The four compartments generally consist of a board room, a lounge, a VIP bedroom (with a queen-sized bed, if desired), a business office, and two lavatories with showers. Alternate suggested configurations include an office and an exercise room, high-density seating for sixty passengers, or twenty-four extra-large seats for sleeping.

The standard galley, if chosen, comes with a microwave, oven, refrigerator and freezer, a sink with hot and cold water, food storage, and a trash compactor. Entertainment systems generally include two DVD players, two VCRS, three multi-disc CD players, and satellite TV. In other words, the sky is the limit when designing the interior of the BBJ.

The BBJ is powered by two CFM International CFM56-7B27 turbofan engines, each of which provide 27,300 pounds of thrust.  CFMI is a partnership between two major jet engine manufacturers: General Electric and SNECMA. They have Flight Authority Digital Control (FADEC), which optimizes their performance and fuel consumption. Any engine-related function which is not controlled by the FADEC, such as thrust adjustments, is automated by the Flight Management System (FMS). This generation of engines has been in use for decades, resulting in no regular required engine maintenance schedules and a 99.97% dispatch reliability. They are configured to withstand higher temperatures than most of the engines in the CMF56 series and meet FAA noise and emissions standards.

The BBJ, despite its size and its maximum takeoff weight of 171,000 pounds, can take off from a sea level runway in 5,885 feet. At an altitude of 5,000 feet and a temperature of 77°F, the required runway distance increases to 9,645 feet. For comparison’s sake, the average takeoff distance of heavy private jets at sea level is 5,500 feet. The average MTOW of these private jets is 52,000 pounds, 30% of the BBJ’s MTOW.

Another area in which the massive BBJ performs like one of the “light” (by comparison) heavy private jets is in its climb rate. It climbs straight to 37,000 feet in 25 minutes. At this altitude, the BBJ achieves its high speed cruise of 470 ktas. At 39,000 feet, it gets optimal long range cruise performance of 451 ktas. Its range, with eight passengers and required NBAA IFR reserves, is 6,098 nautical miles, a little more than the distance from New York City to Beijing. It can easily complete trips from Denver to Tokyo or from Los Angeles to Frankfurt – distance is no limitation. Its required amount of runway for landing won’t be a limiting factor either: when carrying four passengers and NBAA IFR reserves, the BBJ needs a mere 2,330 feet to land.

It has already been mentioned that the BBJ is reliable and designed to practically last forever. But to further clarify this point, consider this: the 737s were intended to be flown 10-12 hours per day, every day of the year. This calculates out to between 12 and 14 cycles per day, or units designed to measure the wear and tear on an aircraft. The BBJ has a design life of 75,000 cycles. This number will probably increase to 112,500 hours after more flight hours have accumulated. Either way, this means that a BBJ could be flown 10 or 12 hours every single day and last 15 years (23 years, if the extended life cycle is approved).

The avionics system is designed to be equally as reliable. The Boeing Business Jet meets FAR part 25 Amendment 77 standards for damage tolerance and emergency exits. It also meets the standards of Amendment 84 for flight load limits and high altitude cruise. These Amendments were designed for commercial jets, which often fly to areas where the nearest landing strip is 60 minutes away. The flight controls themselves are designed to be extremely easy to use, so that even pilots from third world countries with little flight training could use them. Even though any pilot qualified by FAA standards to fly a Boeing Business Jet will have ample experience, the thought is nonetheless comforting. The plane lacks no piece of guidance or system awareness technology that could be added to a commercial or private jet. As could be expected, it has triple Rockwell Collins VHF comms, dual Smiths Industries FMS, dual Air Data Laser IRS, GPS-synchronized chronometers, Rockwell Collins TCAS . . . Needless to say, the BBJ’s avionics system is  state of the art.

Truly, the BBJ lacks nothing. For those who can afford it, it is the epitome of everything that could be desired in a private jet. 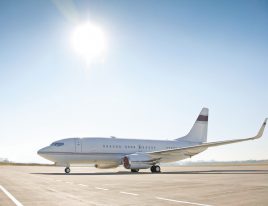 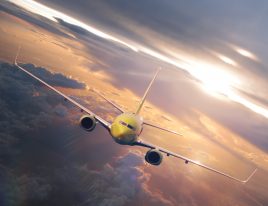 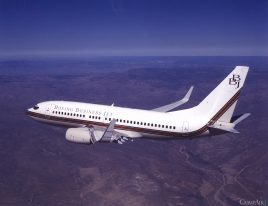 Get Market Analysis for the Boeing BBJ

Want to Learn More About the Boeing BBJ?

Want to Learn More About the Boeing BBJ?