Bombardier designed the original Challenger 601 with the primary goal of passenger comfort. It is unusually wide-bodied and can carry up to nineteen passengers in its 8.2 foot wide cabin, yet it has transcontinental range, and is able to complete nonstop flights between almost any two cities in the United States. The 601 series has improved immensely over the 600, with a more reliable flight system and increased maintainability. The 601-1A iteration signifies the use of General Electric CF43-1A engines and drag reducing winglets.

As previously mentioned, the cabin of this private jet is uncharacteristically large: its width is 8.2 feet, and its height is 6.1 feet. Cabin length is 28.3 feet. Passengers enjoy a quiet interior and well-lit cabin. It usually has a seating configuration that comfortably holds between eight and twelve people, but can be configured to carry as many as nineteen.

Two General Electric CF43-1A engines power the Challenger 601-1A, each flat rated to 70°F, meaning that the engines provide their full 8,650 pounds of thrust in temperatures up to 70°F. Performance drops slightly above the 70° mark, but they still perform well in temperatures over 90°F. The Challenger 601-1A can take off in 5,400 feet (at sea level) with an increased takeoff weight of 44,600 lbs. It can take five passengers up to 3,500 nautical miles nonstop.

The Challenger 601-1A can hit a top cruise speed of 459 ktas; however, it is more often used for long-range trips, where it cruises at 424 ktas. The aircraft cruises (long-range) at Mach .74. The cabin of the Challenger 601-1A is rated to 8.8 psi, meaning that it can maintain a sea-level cabin at 23,200 feet. Its performance is surprisingly high considering that the cabin is larger than most other jets.
The cockpit of this private jet contains dual digital Honeywell DFZ-800 flight guidance systems, Honeywell laser INS, dual Honeywell EDZ-800 EFIS, and dual digital Collins com/nav/ident radios.

While the Challenger 601 is a private jet well-suited for frequent cross-country trips under rigorous conditions, it fails to match the performance capabilities of the upgraded 601-1A. Refinements like a more advanced engine and the addition of winglets make the aircraft capable of transoceanic range while maintaining ample cabin space for which its predecessor is known. 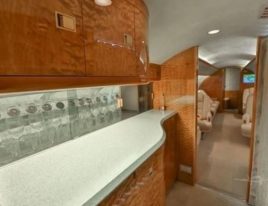 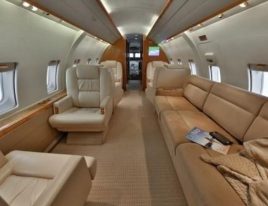 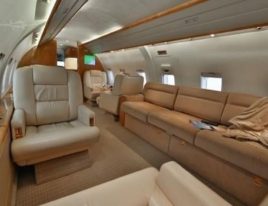 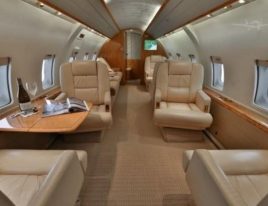 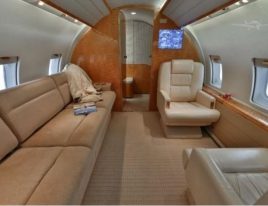 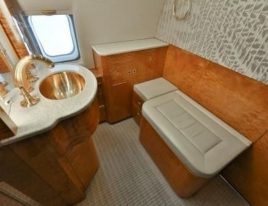 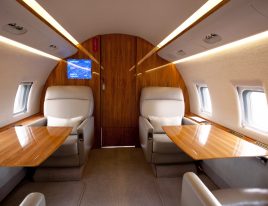 Get Market Analysis for the Challenger 601-1A

Want to Learn More About the Challenger 601-1A?

Want to Learn More About the Challenger 601-1A?