When Cessna decided to update its best-selling private jet, the Citation II, the result was the fuel-efficient Citation Bravo.  It has a long range compared to other light-sized private jets and excellent short runway capabilities, allowing its owner to choose from a large selection of small airports.  Some examples of non-stop flights include New York to Miami, Los Angeles to San Francisco, and Aspen to Southern California.

One of the features that sets the Citation Bravo apart from the competition is its comfort.  The engineers designed the cabin to be very quiet, fitted with bagged insulation and an isolated interior shell to eliminate the low-frequency engine fan noise common in small private jets.   Additionally, a secondary seal on the cabin door was added to cut wind noise.

The Bravo has several baggage compartments with a combined capacity of seventy-three cubic feet, or about seven suitcases, four golf bags, and a few sets of skis.  There is a convenient compartment beside the cabin lavatory for coats and carry-on items, and all of the seats have storage drawers beneath them.

A frequent complaint that Cessna had received from its clients was the difficulty of boarding its jets.  They fixed this problem by widening the airstair treads and adding an additional step to make boarding easier.

The Bravo strikes the perfect balance between performance and cost. It costs the same as its predecessor, the Citation II, but outperforms it by far in climb, cruise, and altitude performance.  The Bravo lost 150 pounds of fuel carrying capacity, increased the maximum takeoff weight by 500 pounds, and still manages to burn fewer pounds of fuel per hour.

The increased performance of the Citation Bravo is largely due to the new Pratt & Whitney turbofan engines.  At the time of its design, no other light-sized private jets were using the PW530A engines.  They burn thirteen percent less fuel than the other engines in the series. Cessna’s engineers saw their potential and used them in the Citation Bravo.

Other updates on the Bravo were designed to aid the crew:  easier preflight, servicing and maintenance tasks, and so on.  The Bravo is a very easy jet to fly, and pilots can become certified to fly it solo.  The majority of the improvements on the Bravo, however, will be hard for passengers to miss.

Cessna put an end to cabin pressurization problems in the Bravo by increasing the pressurization to 9.1 psi and installing a digital pressurization controller.  It also equipped the cockpit with systems providing traffic avoidance information, weather radar and digital maps.

If the Citation Bravo’s technical capabilities and passenger offerings aren’t enough, consider its price.  Its overall operating cost rivals that of even the best-selling turboprops.  When compared to the average cost of other light business jets, it was second only to the Citation Jet. 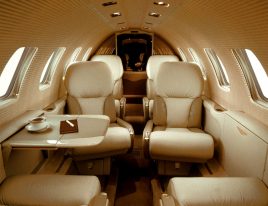 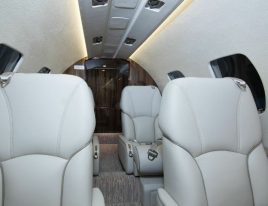 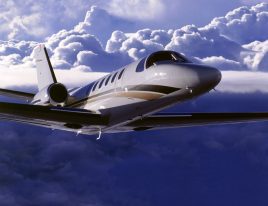 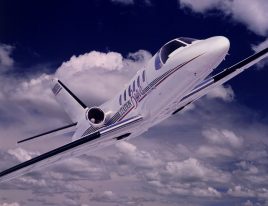 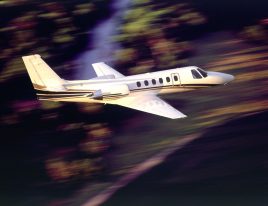 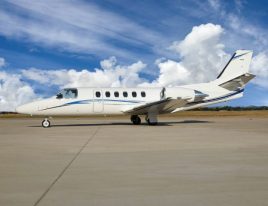 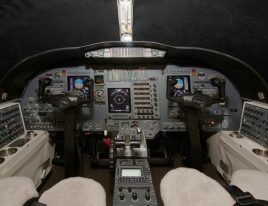 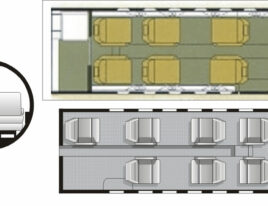 Get Market Analysis for the Citation Bravo

Want to Learn More About the Citation Bravo?

Want to Learn More About the Citation Bravo?