The Citation Encore is another of Cessna’s great private jets, the “Encore” to its successful Citation Ultra.   The Encore is versatile, able to fly long distances and take off and land on short runways, and carry a large load.   Passengers love its cabin comfort, smooth flight performance, and its low operating costs.

The cabin, which can hold eight passengers in fully reclinable seats, stretches to seventeen feet, five inches – the longest cabin of any light private jet.  The strategic use of seamless wall panels, indirect lights, and mirrors make the cabin seem larger than its actual volume of 307 cubic feet.  Passengers will enjoy the cabin’s amenities, which include individual flat panel entertainment systems and audio jacks, power outlets, and the MagnaStar 200 radio phone.  A newly-designed airstair entryway makes boarding a lot less challenging, especially for passengers in high heels.  The Encore has storage space for 43 cubic feet of exterior baggage plus 28 cubic feet in the interior, or more than 1,400 pounds.

The Cessna Citation Encore can takeoff from a sea level runway in 3,490 feet. The required runway distance increases to 5,750 feet at an altitude of 5,000 feet and a temperature of 77°F.   Not only is the Encore quick on takeoff, it is pretty fast at 45,000 feet as well.  In thirteen minutes, it climbs to 37,000 feet, where it can reach its maximum cruise speed of .74 Mach.  For a long range cruise, it flies at 376 knots at its maximum certified flight level of 45,000 feet.

The Encore’s speed can be attributed largely to its wing design.  Keeping with the Citation line’s tradition of simplicity in design and operation, it uses the straight wing design that was such a success on Cessna’s other private jets.  Two aerodynamicists, one from Cessna and one from NASA, collaborated to redesign the Citation line’s standard straight wing.  The result was a wing with a large leading-edge radius and a level upper surface, which better distributed air flow, cut drag, and ultimately increased the Encore’s cruise speed.  The wings allow the Encore to land on runways as short as 2,439 feet and take off in 3,490 feet when loaded to its maximum takeoff weight of 16,630 pounds.

It would be entirely unfair to solely give credit for the Encore’s speed to the wing design; the Pratt & Whitney Canada PW535A turbofan engines play a part, too.  Each engine provides the Encore with 3,400 pounds of thrust (almost 400 pounds more than the Ultra), while achieving a 16% more efficient specific fuel consumption than the P&W JT15D-5D engines used on the Ultra.

When it comes to avionics systems, simplicity of operation is best.  The engineers of the Honeywell Primus 1000 suite realized the importance of details like consolidating multiple displays into a few, easy-to-interpret ones and placing screens close to the controls to which they apply.  One of the predecessors of the Encore had a confusing array of five screens and over eight analog controls.  The Encore consolidates the mess into four sleek screens.  The relevant controls are located directly on the screens’ faceplates to improve pilot hand-eye coordination and flight performance.The engines produce enough bleed air to support the Encore’s systems – anti-icing, cabin pressurization, and air conditioning.  The Encore’s temperature control system has been updated to use both bleed air and an electrical vapor-cycle machine.  The electrical system serves as a backup air conditioning system on really hot days and can be started on the runway to cool the cabin before the engines start.  The temperature control system is conveniently designed to allow the cabin and cockpit to set and maintain different temperatures.

As can be expected with a private jet from Cessna, great attention to detail makes the Encore great.  It uses a trailing link landing gear for smooth taxiing and soft landings, and can be single-pilot operated.  A new forced mixer nozzle cuts engine noise, and new fuel heaters have been added that eliminate the need to mix anti-icing additives with the fuel.  Other small updates allow the Encore to carry 344 fewer pounds of fuel and still have a longer range than the Ultra.

In short, the Cessna Citation Encore is a dream-come-true private jet.  It can carry heavy loads, long distances, and can still keep the passengers comfortable and the pilots satisfied.  The Encore is versatile, economical, luxurious, high-performing . . . and even looks great on the runway. 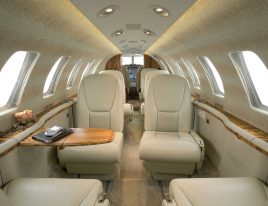 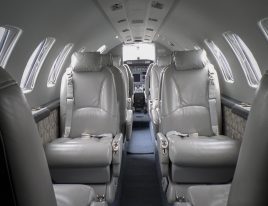 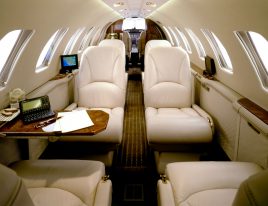 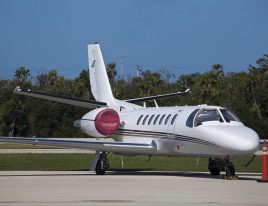 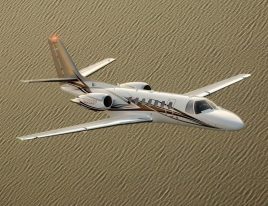 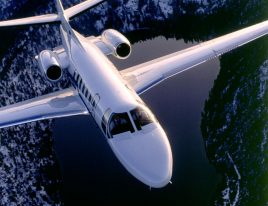 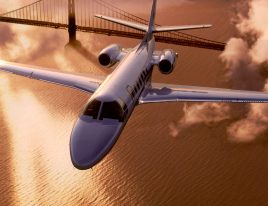 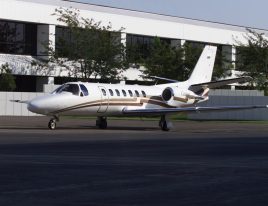 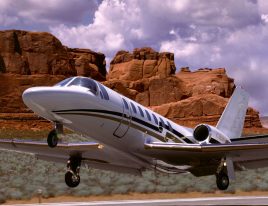 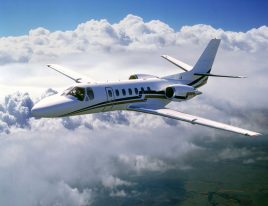 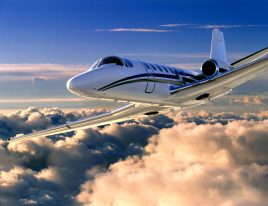 Get Market Analysis for the Citation Encore

Want to Learn More About the Citation Encore?

Want to Learn More About the Citation Encore?