High standards of engineering, structural quality, and technological advancement are at the forefront of the Dassault Family thinking.  The Falcon 900 series has been one of Dassaults best-performing aircraft.   However, few wide-body aircraft in the market compelled Dassault to produce a wide-body, shorter range line: the Falcon 2000.  The 2000 series is a reduced size (6 feet shorter), twin-engine version of the 900.   It was certified in 1995 and has since produced upgraded variations including the Falcon 2000DX, EX and the latest LX.  The first upgrade, the Falcon 2000DX, maintains the design and systems of the original 2000, but is a better performing aircraft overall.

Although enhanced and upgraded, the DX features most of the design elements of the 2000.  Its wings are the epitome of simplicity, with no winglets or other options.  A significant design feature is the use of an airfoil – same as the Falcon 50 but with a 1.5 foot increase in span.

The Falcon 2000DX’s cabin is considerably wide compared to others in its class, measuring 7.7 feet.   (Other measurements are 6.2 ft tall and 31.2 ft long.)  This allows for a seating arrangement of three across with an aisle.  The cabin can accommodate as many as 19 passengers, but owners usually opt for eight with two crew.   It is typically divided into forward and rear lounge areas.  Also featured in the cabin is a stand-up lavatory and 131 cubic feet of in-flight accessible baggage space.  Overall, the cabin provides sufficient space to accommodate passengers comfortably, with room to stretch.

In short, the long-range Falcon 2000DX essentially derives from two highly-regarded aircraft families – the Falcon 900 and the 2000.  Its stand-out, wide-body design and increased performance capabilities make it a better and more advanced aircraft than its predecessor, the original Falcon 2000. 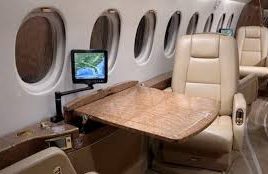 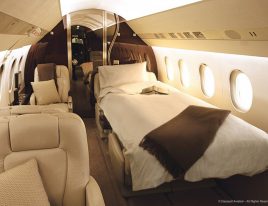 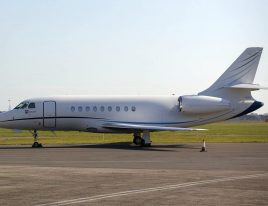 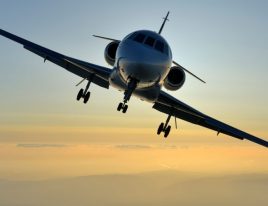 Get Market Analysis for the Falcon 2000DX