Dassault Aviation was the first to create a private jet with intercontinental range: the Falcon 50. Seventeen years later, they re-created it, keeping the features that made it such a success, while modifying others with more advanced technology. The result is a private jet that looks and feels like its predecessor, but easily supersedes it. The Falcon 50EX cruises faster at high altitudes; flies further; burns less fuel; and generally outperforms the Falcon 50 in every respect.

The cabin of the Falcon 50EX is perhaps the part of the jet that has changed the least. It still has a height and width of 5.9 and 6.1 feet, respectively. At 23.5 feet in length the Falcon 50EX features a total cabin volume of 700 cubic feet. 115 cubic feet of baggage storage is available in internal compartments. Three closets in the cabin provide space for coats, suits, and briefcases. All baggage compartments are fully pressurized. A total of 2,205 pounds of bags can be stored.

The nine-passenger seating configuration is generally laid out in one four-seat club arrangement, and a separate section of two facing seats and a three-seat divan. Work tables fold out between facing seats so work can be completed in-flight. Power plugs are available for laptops and office equipment. Temperature control is separate for the cockpit and the cabin, so both parties are comfortable in-flight. Space and equipment for hot and cold food preparation come standard, including an oven, ice chest, and coffee maker.

The Falcon 50EX uses three Honeywell TFE731-40 turbofan engines, the second generation of the TFE731 series. They provide more thrust at cruise speeds and burn less fuel than the Falcon 50’s TFE731-3-1C engines. Providing the same amount of thrust for a sea level takeoff as the -3-1C engines, the -40s have an increased ambient temperature, meaning that they perform nearly the same at high altitudes and temperatures as they do at sea level. At an elevation of 5,000 feet and a temperature of 77°F, the -40 engines produce 3,440 pounds of thrust – 93% of the thrust produced at standard sea level conditions.

Furthermore, the -40 engines are equipped with FADEC (Full Authority N1-reference Digital Electronic Engine Control) systems, which automatically start and restart the engines on the ground, reducing pilot workload and optimizing fuel burn and performance. The engine manufacturing process used on the -40 engines is more precise, resulting in higher tolerances and reduced leakage.

The Falcon 50EX was designed using computer-molded fluid dynamics software and lightweight materials. Its primary structures are made of aluminum monocoque, while composites are used for some secondary structures. The aerodynamic design and materials slightly decrease the sound produced by the Falcon 50EX on takeoff to 83.8 EPNdB.

The three fuel tanks for the Falcon 50EX are regulated by electrical transfer pumps. These pumps can be used as emergency backup systems if both of the hydraulic systems that power the avionics fail. As unlikely as it would be to have all three systems fail, a fourth option is still available – all flight controls can be operated manually.

The Falcon 50 was a successful and high-performing private jet, but the Falcon 50EX outdoes it in every way. Everything from its cabin to its engines has been improved, resulting in a decidedly better private jet. 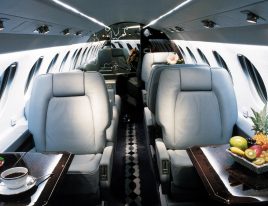 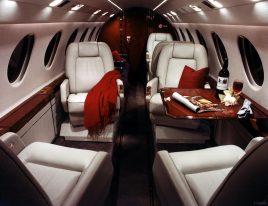 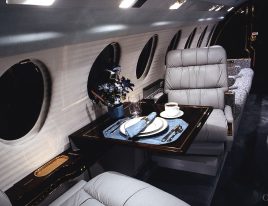 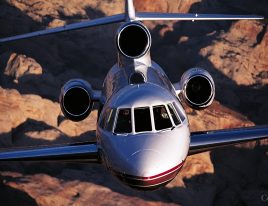 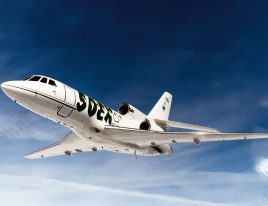 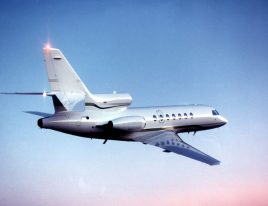 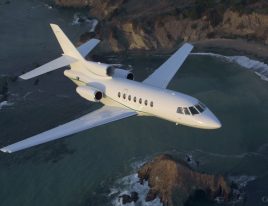 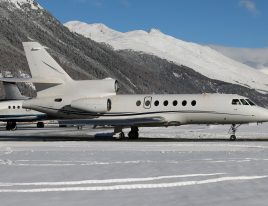 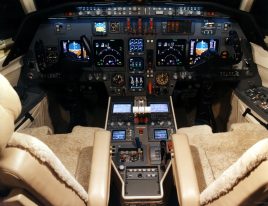 Get Market Analysis for the Falcon 50EX

Want to Learn More About the Falcon 50EX?

Want to Learn More About the Falcon 50EX?