The Gulfstream G-III is the third generation of a very successful family line of private jets.  Gulfstream Aerospace Corp designed the Gulfstream G-III to be similar to the GII (of which more than 250 models were sold), but better.  The G-III can fly 4,600 miles (4,000 nautical miles) at a speed of .84 Mach while carrying eight passengers.  Alternately, it can fly 4,140 miles (3,600 nautical miles) at the same speed with twice the amount of passengers.

The cabin of the G-III usually holds fourteen to nineteen passengers, but it can be configured to hold up to nineteen  in a high-density layout.  The cabin has sufficiently spacious dimensions: 41.3 feet long, 6.1 feet high, and 7.3 feet wide, totaling a cabin volume of 1,345 cubic feet.  Standard amenities include a full-sized galley with a refrigerator, coffee, maker, and the usual food preparation equipment.

The choice to use two Rolls-Royce Spey Mark 511-8 engines, the exact engines used on the GII, was not a choice by default.  Before deciding on the two-engine configuration, Gulfstream Aerospace Corp tested three and four-engine configurations.  In the end, they decided that two engines would provide the performance capabilities for the jet while keeping costs low.

Each engine is able to produce 11,400 pounds of thrust each on takeoff, but the two are flat-rated to 9,000 pounds in order to meet FAR part 36 noise requirements.  In the case of an engine failure, however, the remaining engine will automatically jump to full power.

In addition to having great performance capabilities, the G-III is a very reliable jet.  All vital functions have at least one backup system, and sometimes more.  For example, the jet is equipped with four boost pumps for the fuel system, even though only one is needed when flying at the highest certified altitude.

Some of the G-III’s performance capabilities can be attributed to its new wing design.  The wing has a 10% greater span than the wings used on the GIIs, and achieves significantly better range.  Whitcomb winglets were added to reduce fuel burn.

A completely new nose design resulted in a redesigned cockpit as well.  It is three feet longer, providing enough space for a third pilot to come along for extended trips (as much as eight hours).

In short, the G-III is a reliable, long-range private jet that still offers a very large (1,345 cubic foot) cabin and the high performance standards needed to compete in today’s private jet market.  The Gulfstream series keeps getting better with time, as the G-III demonstrates. 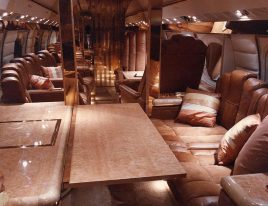 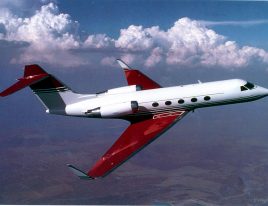 Get Market Analysis for the Gulfstream G-III

Want to Learn More About the Gulfstream G-III?

Want to Learn More About the Gulfstream G-III?