As the fourth installation in the Gulfstream family line, the GIV offers new advancements that the former aircraft lacked.  One of the most significant improvements is the change of engines from the Rolls-Royce Spey to the Rolls-Royce Tay Mk 611-8, used in later jets including the G300 and 400.  The successful intercontinental-range business jet has been a prototype for later Gulfstream models.  While the GIV’s maximum takeoff weight has increased from predecessors.

The GIV/GIV-SP is the first in the Gulfstream family to employ Goodyear Aerospace’s brake-by-wire system and a Dowty fail-passive steer-by-wire system, making pilot maneuverability easier.  The GIV-SP’s takeoff weight is 1,400 additional pounds than the GIV, at 74,600 pounds.  Hot-and-high performance is also improved.  The GIV-SP has a high speed cruise of 476 ktas.

Compared to the GIII, the GIV and GIV-SP have gained 4.5 feet in usable interior space but maintain Gulfstream’s famous stand-up cabin.  The cabin has a length of 45.1 feet, width of 7.3 feet, and height of 6.1 feet.  Up to 19 passengers can be accommodated in the GIV-SP comfortably.  Amenities include a large galley and full-sized lavatory, including a shower.

The GIV is an ideal midsize, intercontinental-range business jet.  Gulfstream’s aircraft have evolved through new technologies and improvements, and the GIV is evidence of this.  With a new design, upgraded engines and additional space, the GIV offers great performance in the intercontinental class of jets; so great that Gulfstream modeled most of their latest jets off of the GIV. 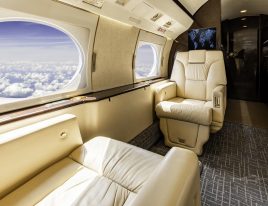 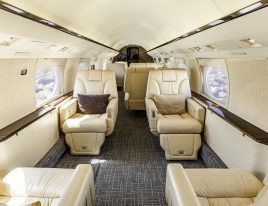 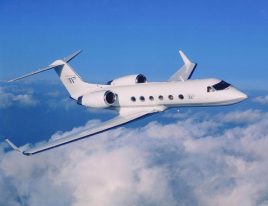 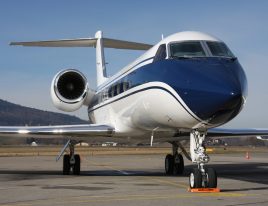 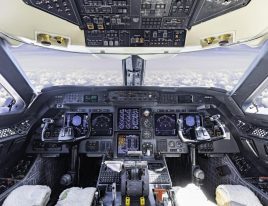 Get Market Analysis for the Gulfstream G-IVSP

Want to Learn More About the Gulfstream G-IVSP?

Want to Learn More About the Gulfstream G-IVSP?