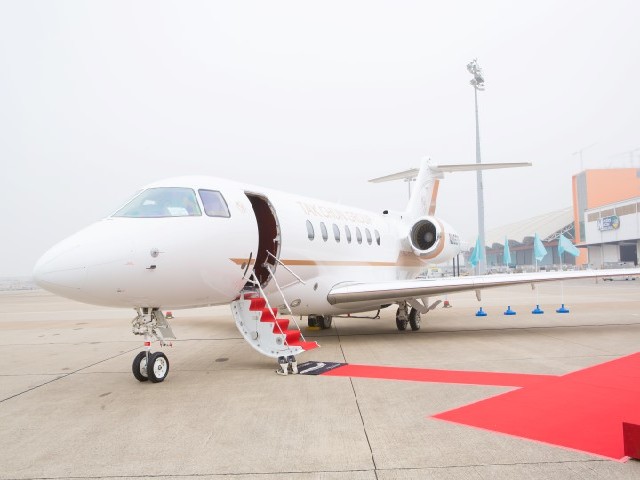 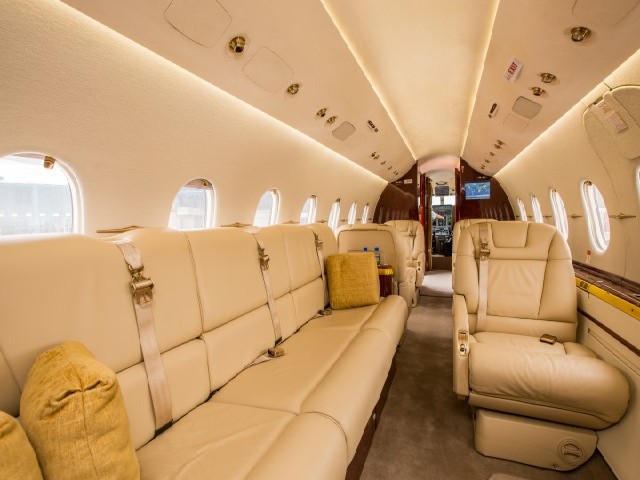 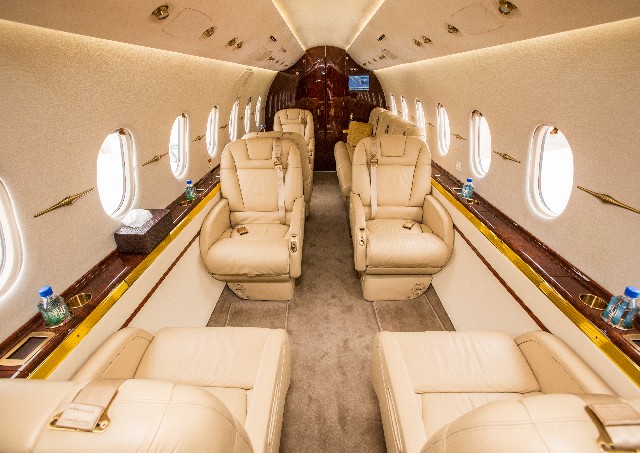 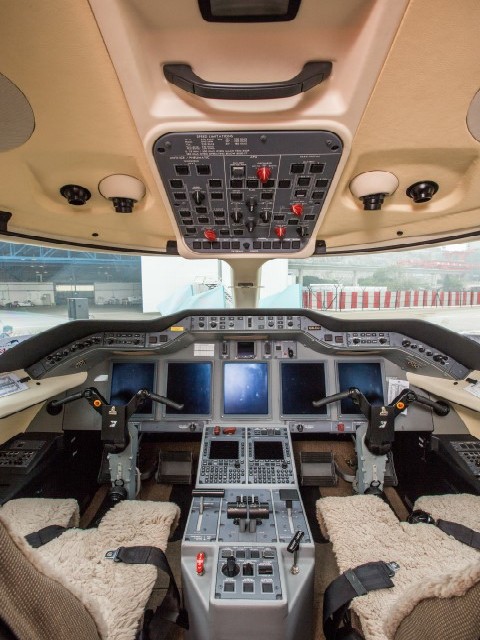 The goal of the Raytheon design team was not to design the fastest private jet, or the jet with the longest range, or the most economical mid-sized private jet. Their goal was to strike a balance between all of the things aircraft owners value: cabin size, speed, operating cost, and range. This goal was met in the Hawker Horizon, a private jet that is strong on all fronts.

The Hawker Horizon’s cabin can carry between eight and fourteen passengers. It is 29.5 feet long, 6 feet high and 6.5 feet wide. There is 115 cubic feet of baggage space available in an unpressurized external compartment. All of the typical amenities are available as well: a fully enclosed lavatory, appliances for hot and cold food preparation, and power plugs.

The Hawker Horizon is powered by two Pratt & Whitney Canada PW308A engines, which provide 6,900 pounds of thrust each on takeoff. They are similar to the PW305 engines used on the Hawker 1000, but produce more thrust, are more economical, and have better temperature margins. They also have improved sealing, aerodynamic, and filtering (to prevent bacteria growth) properties.

Such fast speeds and short takeoff distances couldn’t be achieved with a heavy metal fuselage, so Raytheon opted to use composites for almost all Hawker Horizon’s components. Most of the Hawker Horizon’s production is automated and performed by Cincinnati Milicron’s “Viper” system. A seven-axis robot handles the assembly procedures, most notably the final smoothing process. The mandrel is wrapped in carbon fiber tape, and then placed inside a clamshell.  Air is forced inside the shell during the drying process, resulting in a very smooth final shell. The composites used are extremely strong, light and thin — the fuselage is only one inch thick. (By comparison, some aluminum fuselages are up to eight inches thick in vital places such as the door).

Other noteworthy features include the new anti-ice system and landing gear. The Hawker 1000 used a more complex KTS weeping-wing anti-ice system. However, the Hawker Horizon returned to the more conventional bleed-air system for the main parts of the jet. A trailing link landing gear makes for smooth taxiing and landings, and a digital anti-skid system comes standard.

Raytheon selected the Honeywell Primus Epic Avionics Suite for use in the Hawker Horizon. It integrates and controls many of the vital functions of the aircraft. It comes standard with a GPS sensor, an FMZ-2000 FMS (Flight Management System), dual auto-throttles, and dual automated flight control systems. Five 8×10 inch flat panel LCDs display all necessary flight information: two serve as the primary flight displays, two as multi-function displays, and one as an EICAS (Engine Indication and Crew Alert System), which cycles through seven pages of systems information. The electronic system displays will allow the pilot to control all shown functions directly from the display.

Raytheon strikes a good balance between cabin size, range, speed, and economy in the Hawker Horizon. With an eight passenger cabin and transatlantic range, it still manages to reach speeds of 470 knots. The operating costs are reasonably low, while other factors such as runway performance stay competitive.


*Specifications Must Be Verified By Buyer

Learn More about the Hawker 4000