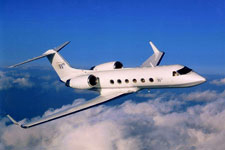 There are many times where the difference between new models of aircraft are minimal but marketed as large improvements.  In the case of the evolution from the GIV to the GIV-SP, on the surface may seem like an evolutionary forward movement in performance.  In some flight departments, the trip profiles between the two would make this upgrade virtually worthless, but there are some important differences when you have a certain trip profile.

The differences between the GIV and the GIV-SP are not monumental but important operationally.

The GIV-SP has a gross weight modification (ASC 190) which allows for 1,400 lbs of Max Take Off Weight (MTOW) and a significantly higher landing weight. This translates into more operational flexibility and nearly doubles the payload with max fuel.

Additionally, the intermediate stop overs for the GIV-SP have 47% more fuel at landing… allowing for a 3,000nm plus trip after the initial stop (the GIV range after the initial stop was below 1,900nm). This means a GIV-SP can tanker cheaper fuel from their home base on trips rather than being forced to buy fuel on the road which is typically more expensive. However, there existed cheaper fuel on the road, the GIV-SP can tanker the less expensive fuel back home and still have a long-range trip with the low cost fuel.

The brakes on the GIV-SP are also a major improvement. This translates into superior runway performance on the GIV-SP. For example, the stopping distance for the GIV-SP at 66,000 lbs is virtually the same as the GIV at 58,000 lbs.

Initially, the avionics were enhanced on the GIV-SP but with the passage of time, that avionics advantage may have changed with upgrades to the GIV by aircraft owners. Thus, advantages will vary between individual aircraft. The younger GIV-SP’s may have better and continued support for the avionics where the GIV may have more operational difficulties for unsupported avionics.

Overall, the change was mostly in the operational flexibility to carry more passengers & payload further, especially after an interim stop.

For the right trip profile, the GIV-SP can provide meaningful improvements and operational flexibility that saves time and money. As always, prospective buyers need to be mindful of the fact that the savings in capital costs and residual value loss when buying a GIV over a GIV-SP can exceed any operational savings from a slightly younger GIV-SP, so do your homework and study your trips to calculate the true savings.