To Winglet or Not to Winglet? 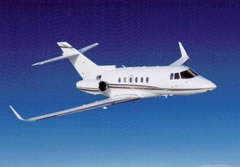 Owners, or potential owners, of the Hawker 800A’s and 800XP’s currently have the option of adding blended winglets to their private jet. This upgrade has been available since late 2004, duringwhich more than 65 Hawkers have been modified. Many ultra-long-range and commercial jets now come standard with winglets — but what exactly are the benefits of adding blended winglets to a private jet?

The main function of blended winglets is to reduce drag. Admittedly, drag reduction is probably not foremost on the minds of private jet owners, but it is an extremely important point. Reducing drag increases speed and decreases fuel consumption, thereby extending range and saving money.

To begin with, Hawker 800’s with blended winglets burn on average 7% less fuel than their straight-wing counterparts. The Hawker 800 without winglets burns about 250 gallons per hour. With winglets, the Hawker 800 would consume only 232.5 gallons per hour, saving 17.5 gallons for each hour of flight time. Fuel currently costs $3.80 per gallon, which works out to a savings of $66.50 saved for every hour in the air. At this rate, it would take 6,628 hours of flight time to match the cost of adding the winglets. 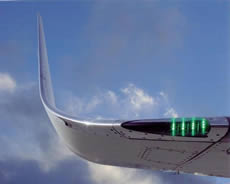 However, adding the winglets increases the jet’s residual value, which not only makes it a more attractive option on the private jet sales market, but also increases its sale price. The cost of adding the winglets will benefit the owner both while he owns the jet and when he decides to sell it.

Another advantage of the winglets is their effect on the cruise speed of the private jet. To be specific, a Hawker 800 with winglets can fly 15 knots faster than the standard Hawker 800, while burning less fuel. The winglets also shave minutes off the climb to cruise altitude, saving both fuel and time. Furthermore, the economic fuel burn increases the Hawker 800’s maximum range by 180 nautical miles.

The winglets also improve the single-engine performance of the Hawker 800. Its engine-out cruise is faster, and its second stage climb capabilities increase. The improvement in both of these areas of performance would be most noticeable during an in-flight emergency, a time when a private jet’s performance counts the most.

In short, the cost of adding the winglets is not inexpensive, but the payoff is worth it. The Hawker with winglets will see increased performance, reduced costs, increased safety margins and the enhancement of the private jet’s value.