The Challenger 850 CS derives from Canadair’s Regional Jet series.  The regional jet featured greater cabin space and wingspan as well as a sturdier frame. Rebranded in 2003, the airliner became the Bombardier Challenger 850.  As a result, the 850 fuses the capabilities of a larger aircraft with the comfort and flexibility of an executive jet.

As a high-capacity business “shuttle,” the 850 CS requires a large powerhouse.  A pair of General Electric CF34-3B1 turbofan engines provide 8,729 lbs of thrust apiece.  Inspection interval is “on condition.”

For a larger aircraft, the Challenger 850 CS still compares with smaller, faster business jets in regards to performance.  The 850 can travel at .85 Mach and reach a certified flight ceiling of 41,000 feet.  During climb, it takes a relatively quick 32 minutes to reach 37,000 feet.

From the regional airliner to the Challenger 850 CS, one thing remained intact: the cabin.  The interior measures 48.4 feet long, 8.3 feet wide and 6.1 feet high (stand-up, of course).  True to form, the high-capacity jet seats 18-30, with four to six seats arranged executive-style.  There is a generous aft lavatory as well as a staggering 324 cubic feet of pressurized baggage storage.  The Challenger 850 CS is fully capable of accommodating a large group, compared to most executive aircraft.

The Challenger 850 is unique in that it originated from an airliner.  It is an ideal executive jet for larger capacity travel, maintaining the spatial components of the airliner.  However, the real appeal is that the 850 performs similar to a smaller, faster business jet, even with its superior accommodations.  It is the perfect investment for a big company. 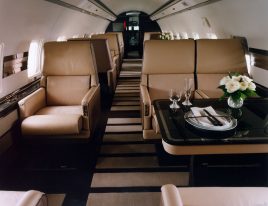 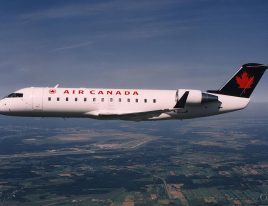 Get Market Analysis for the Challenger 850 CS

Want to Learn More About the Challenger 850 CS ?

Want to Learn More About the Challenger 850 CS ?