When an aircraft manufacturer introduces a new model, it is most likely an improved version of the predecessor.  There is no better example than the Dassault Falcon 7X; it flies higher, farther and faster than any of its predecessors.  Delivered in 2007, the Falcon 7X outperforms similar aircraft in its class, due in large part to a new engine and complete redesign.

The 7X employs three, not two, Pratt & Whitney Canada PW307A engines.  Each engine is rated at 6,402 lbs of thrust.  They are responsible for the jet’s 5,950 nautical-mile range as well as its fast Mach .90 operating speed.  The upgraded engines also reduce cabin noise and vibration, efficient for business travel.

Dassault also improved the Falcon 7X’s design, introducing it as the first fully fly-by-wire business jet.  The fly-by-wire system gives pilots greater control by limiting the pitch of the aircraft.  A completely new wing design, and Dassault’s first winglets, make its long range possible, as well as 35% more efficiency than the Falcon 900.

The Honeywell Primus EASy system comes standard in the Falcon 7X.  It features four, large-format LCD screens and integrated navigation functions (high-definition terrain displays and graphic flight planning).  Everything can be monitored and adjusted by the LCD displays, eliminating circuit breakers and panels and increasing reliability.

When stepping into the Dassault Falcon 7X, it is surprisingly similar to the 900EX, but longer.  The 1,552 cubic foot cabin measures 6.2 feet high, 7.8 feet wide, and 39.1 feet long.  There is also 140 cubic feet of baggage space.  In addition to ample space, the cabin is the epitome of comfort.  Features include lower noise levels, larger windows and advanced temperature monitoring.

Dassault has mastered the art of progression in its Falcon 7X.  It employs three upgraded engines, a fly-by-wire system and winglets.  The 7X is an ideal business jet for owners who wish to travel efficiently, in style and, not to mention, fast. 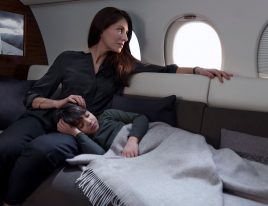 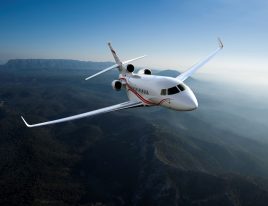 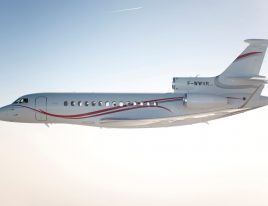 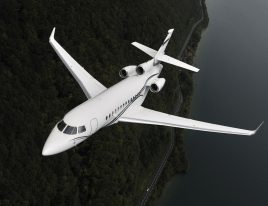 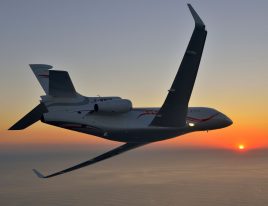 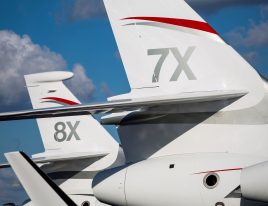 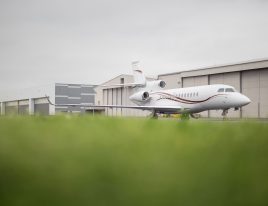 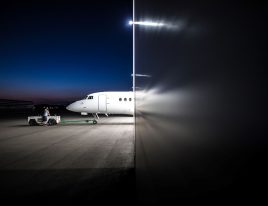 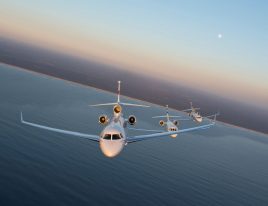 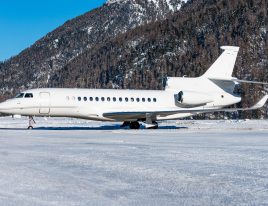 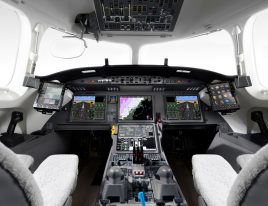 Get Market Analysis for the Falcon 7X

Want to Learn More About the Falcon 7X?

Want to Learn More About the Falcon 7X?