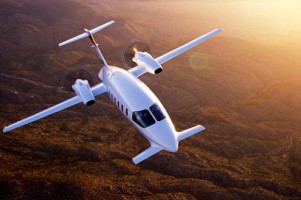 Avantair was founded in 2003 as the only all turboprop fractional provider. This in itself was rather unusual, but the Piaggio Avanti P180 is a unique twin engine pusher propeller aircraft with a cabin that rivals those of mid-size jet aircraft, and which flies almost as fast as a pure jet. Since the Avanti had both a lower purchase price and lower operational costs than a similar sized jet, it was an attractive choice for a fractional program.

Due to Avantair’s all-Avanti fleet, they could offer lower fraction costs along with lower monthly and hourly fees than any of their fractional program competitors. That made Avantair very popular, and they quickly grew to 56 aircraft and over 600 participants. So what went wrong?

There are several schools of thought on that. Often in a new business venture, especially in aviation, you have introductory low prices that may not totally cover your operational costs. What I am referencing here are the monthly and hourly fees, since the selling price of a fractional share normally reflects its market value and thus is relatively fixed. Between competitive challenges and contractually agreed fees to cover their operational costs, it is difficult for a fractional company to raise prices, once they’ve been set.

Avantair contracts were set up using the fractional industry’s standard five year term. This meant that, if the monthly and hourly rates were set too low at the outset, they would have been stuck losing money on operations for the whole term. If a fractional provider cannot cover their operational costs from fees, desperation can set in fairly quickly, with pressure mounting to come up with creative ways to continue flying the fractional aircraft and supporting the share owners.

Unfortunately in Avantair’s case, the creative way to continue flying was to use other aircraft in its fleet as a source of spare parts. This is fairly common with aircraft flight departments that operate the same aircraft, and even aircraft manufacturers have done it when a part is urgently needed. But in Avantair’s case they were grounding Peter’s aircraft to keep Paul’s flying. Eventually the parts source (other aircraft) was exhausted. Due to this, Avantair could not keep enough aircraft in a flyable condition to cover their share owners’ demand.

While the “borrowing” of parts in itself is not bad thing, meticulous tracking of those borrowed parts is mandated by the Federal Aviation Administration (FAA) – and apparently the tracking was not performed in all cases.

Once Avantair could not cover their share owners’ demand for trips, the inevitable happened: bankruptcy. After that occurred, the share owners had to scramble to recoup as much of their investment in the aircraft as possible – but the value of an aircraft that is either stripped of parts or has questionable maintenance and repair records is greatly diminished.

Avantair is now out of business.  Its share owners not only have to find an alternative for their flying needs,  they have received only pennies on the dollar for their shares  It is a sad story of a promising company that outgrew its management’s ability to maintain proper controls, and serves as a reminder that fractional aircraft shares are an investment, and like all investments, they come with risks.